Tango’s Most Famous Song The cafe ‘La Giralda’ in Montevideo, Uruguay, occupies a special place in Tango history. It was there in the year 1917 that a young Gerardo Matos Rodriguez gave (anonymously) the music score of a tango, in 4/8, he had written to the orchestra of Roberto Firpo to play for the first time. Gerardo was then an adolescent (17 years old) who was barely making it as a student in the faculty of Architecture in Montevideo.

Was it modesty? shyness? fear of ridicule? who knows why he wanted to remain anonymous? Firpo only knew that the name of the young composer was Gerardo. It was only later that the full identity of the author was known. He was young, educated, well mannered and sensible. He was also a bit naive. He sold for 20 pesos his rights of authorship to the Breyer publishing house. After some moderate success the composition was forgotten.

Seven years later, in 1924, Gerardo was living in Paris and he met Francisco Canaro who had just arrived with his orchestra. That’s when he found out that La Cumparsita was a major hit. The tango lyricists Enrique Maroni and Pascual Contursi had added words to the tango and renamed it ‘Si Supieras’–If you knew.

All of Buenos Aires was hearing, dancing, and demanding to buy the score for the tango that was seemingly everywhere in shows, recordings, and broadcasts. Shortly after, La Cumparsita arrived in Paris where, in the full grip of the roaring 20’s, people danced charlestons, shimmys, one-steps, bostons, and when the crowd asked for a tango, they danced La Cumparsita.

From Paris La Cumparsita spread to the four corners of the world and has since and forever after become synonymous with Tango.

Anita Carter: As The Sparrow Goes 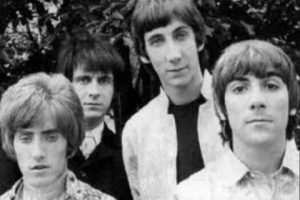 The Who: Summertime Blues 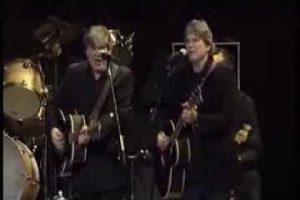 This Is Jockomo Juicy Jones

For Song Meanings, Lyrics and Trivia